Challenging Information on a DBS Certificate 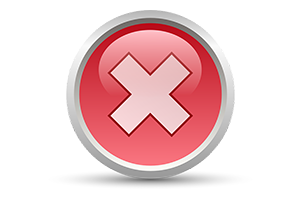 We all make mistakes at work. Nine times out of ten these mistakes are fairly minor, don’t impact on our lives to any extent and are easily remedied. But what happens if the Police have made a mistake on your records and a DBS check which you expected to show no crimes and convictions comes back showing offences which you know you couldn’t possibly have committed?

How Does This Happen?

The most common reason for errors on a DBS form is a simple mix-up. Someone with a very similar name or the same date of birth living in your town has had their records mixed up with yours. This is obviously more likely to happen if you have a common name which is shared with many people in the UK such as Susan Jones or Michael Thompson. Sometimes, the reasons for mistakes on police forms are more sinister. Someone may have deliberately given your details when arrested, or a determined fraudster has stolen your identity and has deliberately pretended to be you when committing crime. The reasons for the errors however aren’t as important as taking action to have the errors corrected and getting this done is usually quite straightforward.

Luckily, it’s usually easy to get the Police to admit that there are errors on their records and take things off your police computer entry which aren’t linked to you. First, you must contact the DBS and fill in their certificate dispute form. You’ll need to print out the form, tell the DBS which elements of the information you believe are incorrect and send in photographs. You only have three months to take action to correct mistakes after the certificate is printed so don’t delay; print the form and fill it in at the first opportunity.

The way the DBS uses to check whether or not the crimes listed on your police record were committed by you is to check your fingerprints. It is your right to refuse to have your prints taken, but it’s the easiest way of checking. If you agree to fingerprinting, you’ll be given a time to attend your local police station. The officers will take your fingerprints to be compared to the prints held on record which were taken at the time of the crime. The Police don’t make the comparisons and decide whether a mistake has been made or not; this is the job of an independent third-party body called the Independent Monitor. If they don’t match, the mistake is clear and the most likely scenario is that the Monitor asks the Police to adjust your record and a new DBS certificate is issued showing the correct information. If the Monitor does not agree with you that the Police have made a mistake the offences are likely to stay on your record. You are likely to find that your case is much more difficult to prove if you are not happy to provide your fingerprints to the Police.